Hey everyone! I know I haven’t been very active over the last couple weeks. It’s been a combination of life and trying to get Kept out to you by its new release date of December 21. There will likely be a Facebook release party like I had for Found, so keep your eyes open for it. I am still pretty active on social media. Love you all! 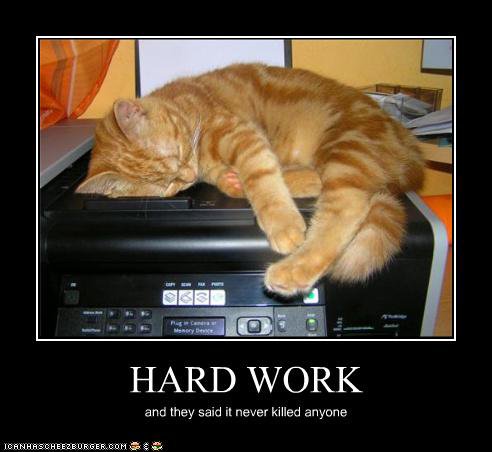 Table 1110 is where I’ll be on the exhibitor floor (4th floor) at GeekGirlCon. There are still tickets available, so click here to get yours!

I had two suggestions on the topic thread, and they both have pretty short answers, so I figured I’d go ahead and address both.

The first was about what writing books have helped me and how. What if I told you I haven’t actually read any? Well, besides the textbooks I had in school, which I can’t even remember. I read a lot of novels in my genre and pull from that. Not stealing ideas, but seeing what techniques are working for readers nowadays.

As far as how I write, that’s just something I’m experimenting with on my own. The Rose of Petrichoria was essentially complete by the time I started releasing it to the public, while Faith in Concordia has been one book at a time. I will likely go back to the first way when this series is complete. I tried outlining. It didn’t really work for me.

The second was what musician or song inspires me. I like a lot of music. Sometimes the lyrics speak to me. Sometimes it’s the catchy tune. When I wrote Rose of Petrichoria, I listened to a lot of Pentatonix. Harrison was actually cast as Scott Hoying from the group in my head. Rose was a young Anne Hathaway. Frank was Josh Hutcherson. Peter/David was Stephen Amell. Ella was actually my BFF, who I won’t advertise in case she doesn’t want her personal life out there on the interwebs. That’s off-topic, though.

I started writing Fire of Southland, which was angry girl music like Pink and No Doubt. Faith in Concordia has been strong ballads like Say Something by A Great Big World, and songs from the perspective of someone who prefers to be alone like Here by Alessia Cara. Everything I write has a different tone, so it has different music to match.

Is there something else you’d like me to write about? Post in the Topic Tuesday Suggestion Thread when it’s posted on Mondays.

In place of Meme Monday, I’m announcing the creation of my logo. I haven’t incorporated it into anything yet, but here it is! Also, I’ve opened Topic Tuesday suggestions on my Facebook page, so head on over there to tell me what you want me to write about.

Omen: noun: an event regarded as a portent of good or evil.

When I pull up into the parking lot of my local coffee shop, I open my door to climb out. Just before I do, the passenger in the car next to me opens theirs without looking first, barely missing my car. I give him a dirty look through the window of my cracked door and he mutters an apology. After he shuts the door and goes into the shop, I get out myself and follow, hoping he doesn’t think I’m some kind of creeper.

When I enter the shop, he notices and gestures for me to get in front of him. Alright. I forgive him and take the spot in line. The barista is a new girl. I feel for her. People in my neighborhood tend to be on the picky-side, so I’m sure no one is ordering a simple mocha. Heck. My own drink is going to be a quad-shot caramel Frappuccino with skim milk and whipped cream. Yes. I’m aware that it is ironic to have skim with whipped cream, but it’s the way I like it.

When I’m next in line, some teenage boy swaggers in and swoops in front of me. Teeny bopper barista just bats her eyelashes and gives a deep sigh. He starts to order, but Door Opener taps him on the shoulder and gestures with a closed fist and outstretched thumb the line behind us. Swagger raises an eyebrow and smirks like he owns the world, but when the rest of the people in line begin to protest, he finally relents and goes to the back of the line.

When I order my drink, I’m sure Teeny Bopper Barista gets it wrong. She’s so new, she doesn’t have a nametag. I give her a ten percent tip, still feeling annoyed that she was about to allow Swagger to cut in front of everyone in line. Door Opener and his friend stand next to me at the other end of the counter a short while later and we wait.

When my drink is called, I pick it up, nod to Door Opener, and head out to my car. As I step onto the sidewalk, a skateboarder zooms past and it makes me drop my beverage. Dark brown Frappuccino spills all over the ground. Mocha. Yup. It was wrong. I glare at his back and he turns his head as he leaves to see the damage he left. Swagger never got back in line. It was him. He gives me a smirk, salutes, then ditches the scene. Deciding that I’m just not going to bother, I get into my car.

When I turn the ignition, nothing happens. Of course not. I slam my forehead into the steering wheel and pull out my phone to call roadside assistance. I get out of my car as Door Opener is reentering his own. Or his friend’s? I walk to get to the back of my car and a crow flies in my face. I swat at it, and lean against the trunk as it leaves. Door Opener asks if anything is wrong and I say I’m just waiting on a tow truck. He notes the absence of my drink and I explain the mess outside the coffee shop was mine. Frowning, he offers me his, saying he hasn’t drank out of it and he insists I take it, since I’m having a bad day. I accept and he leaves.

When the car and I are finally at the mechanic, I check it in and get a rental car. For some stupid reason, the cars are across the street, and the gal behind the counter pops her gum and tells me it’s the only maroon PT Cruiser over there. Great. A crappy car to top off my crappy day. She hands me the key and says she doesn’t need to do a walk-around, sending me on my way.

When I move to cross the street, a hand pulls me back by the collar of my jacket just as a Mustang zooms past, running a red light. I could have died. I think back on my day to everything that happened. Door Opener preventing me from getting out of my car. Swagger cutting in line. Swagger cutting me off with his skateboard. The random crow flying in my face. Then, the car almost hits me. Were all those things omens leading up to the moment of my fated demise? Is there anything else I need to worry about?

When I turn around to thank my rescuer, I find Door Opener. I don’t know how he could be there. He drove off long ago to God knows where. He smiles big at me and disappears. Not walking-away-disappearing. Vanished. Poof. Gone. I have a feeling I don’t need to watch out for any further disturbances in my day.

Okay. First lesson learned. I’ll post the suggestion threads Monday nights instead so the post can actually go up on Tuesday. haha.

Only one person responded with a suggestion, so I’ll go with it. What do I think about the female Doctor (13th Doctor) on Doctor Who?

Anyone who has spoken to me on more than one occasion will likely pick up that I’m a Whovian. All you old-schoolers, I will freely admit that I just can’t get into the original series from before the reboot, but from Ten onward, call me a fan. I suppose Nine had his moments, but I generally have to tell people to get through the first season of the reboot, then it will get good.

Nine was meh. Ten is my favorite. Eleven was excellent, my daughter’s favorite. Twelve was also meh. When they announced Jodie Whittaker would be the next Doctor, I was a little concerned, to be honest. While I am aware there is social commentary throughout Doctor Who, I enjoy the show taking it as it is. Looking over the things that I disagree with socially. I didn’t want the show to become one giant platform. If I want to know someone’s opinion on something, I’ll watch commentators on the news or read what entertainers say on their social media.

Going into the premier, I kept an open mind. Prepared to either embrace the new Doctor, decide to stop watching until she regenerates again, or tentatively look forward to the next episode. Thirteen had an excellent first show.

The only time her gender even came up was near the beginning of the episode and near the end when she gets new clothes. When the Doctor regenerates, he sometimes has a bout of amnesia, and did in this case. New companion Yaz, a police trainee, refers to her as ma’am several times before this little exchange happens:

Doctor: Why do you keep calling me ma’am?

Yaz: Because you’re a woman?

Doctor: I am? Does it suit me?

That may not be verbatim, but close enough. Thirteen was brilliant. A strong female lead who doesn’t shove the fact that she’s female in your face. I’m a woman. I think I’m awesome because of my personality, skills, and beliefs. I don’t think I need to prove myself to anyone because of my gender (most of the time. There are always exceptions.)In the premiere, there was nothing like, “I’m this way because I’m a woman.” It was “I am this way because I’m the Doctor.”

I hope Jodie Whittaker’s reign as the Doctor continues along this vein. I’m not quite ready to embrace her, but I’ll tentatively look forward to the next episode and hope she continues to be the fabulous, eccentric, intelligent I have come to know and love over the years.

There are still a few hours left, but I don’t anticipate it getting much different than the tie it’s been or a very close race. So, I’ve made a decision.

This is how it’s going to roll, folks. I’m going to do both. I know. Mind blown! I’ll release each project in series form first, then bring them together into a single omnibus at the end. Now, that will mean those who like it all at one time will have to wait to get the story, but when you get it, there will be a nice little conclusion at the end. This is going to be fun!

Change abounds in the Faith in Concordia series. What change is it that you think Cole is talking about here?

This is my frustration face. Folks, I have been dealing with some major pain since July and it has hindered my ability to sit or do anything for a long time, which has also affected my motivation. Writing Kept is, therefore, taking longer than I anticipated. I want to give you a great read, not something rushed, so I’m pushing out the date to December 21. I’m so sorry to disappoint, but hopefully, the conclusion to the Faith in Concordia series will be worth the wait.