My headband is soaked with sweat. I’m glad I’m wearing it. Chef is so particular about things and has assigned me the task of cutting the steak for the carpaccio.

Today, it seems like everything I do is wrong. The pasta was cooked, but overdone. The marinara tasted good to me, but I apparently forgot the oregano. I hope it doesn’t cause me to lose my job.

Honestly, I’m usually very dependable. I’ve been working at Olivia’s Ristorante for nine months and have never had a day like this. Something is off in me today, and I know what it is.

Eric, my five-year-old son, had a rough night. He’s caught some bug from school that caused him to vomit in his bed. Then, he threw up on the carpet on the way to the bathroom. After an hour, and setting a large bowl next to him just-in-case, I finally got back to bed at 2:00 AM. Who can get back to sleep when all that just happened? Not me. I ended up tossing and turning for the rest of the night. Motherhood is such a glamorous life.

Now this happens. Is Chef trying to find a way to get me fired? I thought he liked me, but he’s been so upset with me all day, albeit understandably.

Eyeballing the expensive slab of steak, I select the sharpest knife I can find. I have to get this right. I try to bring my hand up to cut it, but it’s shaky.

“What’s wrong with you today, Ellen?” I jump and toss the knife on the counter in shock when Chef speaks from behind me. “You don’t normally have the problems you’re having today.”

I turn around to face him. He no longer looks mad, but concerned. Perhaps he doesn’t want to fire me. That’s a relief.

“I just have some things going on at home.” I doubt he wants to hear the details of my son’s projectile vomiting last night.

Chef’s brows furrow. “You have a small son at home, right? Is he okay?”

In contrast, my brows lift to my hairline. He’s paid enough attention to know I have a son? There are fifteen other sous chefs in this busy kitchen. There’s hardly time to converse between everything we do. Wiping the shock from my face, I respond.

“Actually, he’s sick. Picked up something from a kid in his kindergarten class and had to stay home today.”

“I assume your husband stayed with him.”

“No husband. My mother has him.”

Chef studies me a bit, then nods to himself. “Take the rest of the day off. I’ll make sure you’re paid. You have been a steady presence in my kitchen, and family comes first.”

Without another word, he walks away. Not believing what just happened, I stare at his back until he turns a corner. After blinking a few times, I remove my apron, and head out the door to take care of Eric. 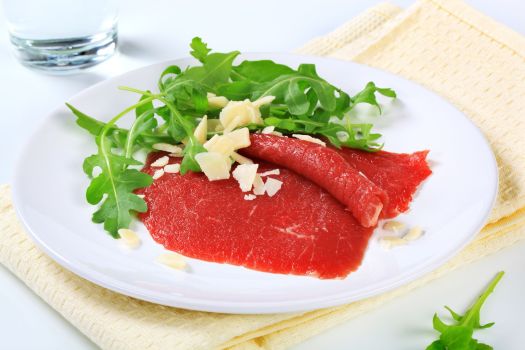